The Swiss Open and Helvetia Open 2020 will not take place. The SDA board has decided to cancel the tournaments due to take place in early June.

On Monday (16 March), the Swiss federal authorities introduced further and stronger measures to fight the spread of COVID-19. The Federal Council has declared that an „extraordinary situation“ exists. All shops (except food stores), restaurants, bars as well as entertainment and leisure facilities will remain closed until 19 April.

All public and private events are prohibited. People are recommended to stay at home. The armed forces have been called to assist until end of June. Furthermore, border checks and entry bans were introduced to all neighbouring countries; bans on travellers from other countries may be considered as well.

The SDA board has considered the situation and decided to cancel the Swiss Open and the Helvetia Open 2020. Whether or not the measures will be lifted after 19 April remains unclear at this point. It is also impossible to predict if there will be any entry bans in early June.

By cancelling the event now the SDA board wants to avoid any uncertainty and the possibility of players sitting on booked flights and accommodation in case of a short-notice cancellation.

The tournaments will not be re-scheduled. Finding a new date in the international calendar might prove difficult if not impossible, considering the many tournaments having been postponed. 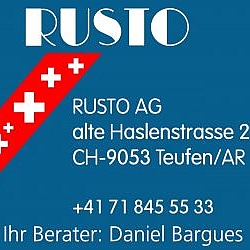